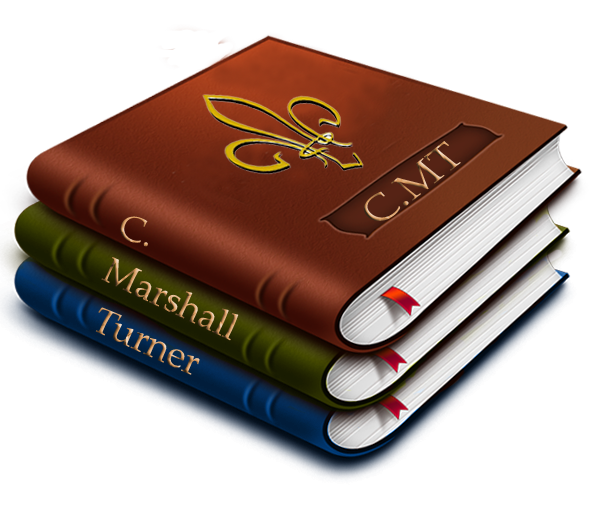 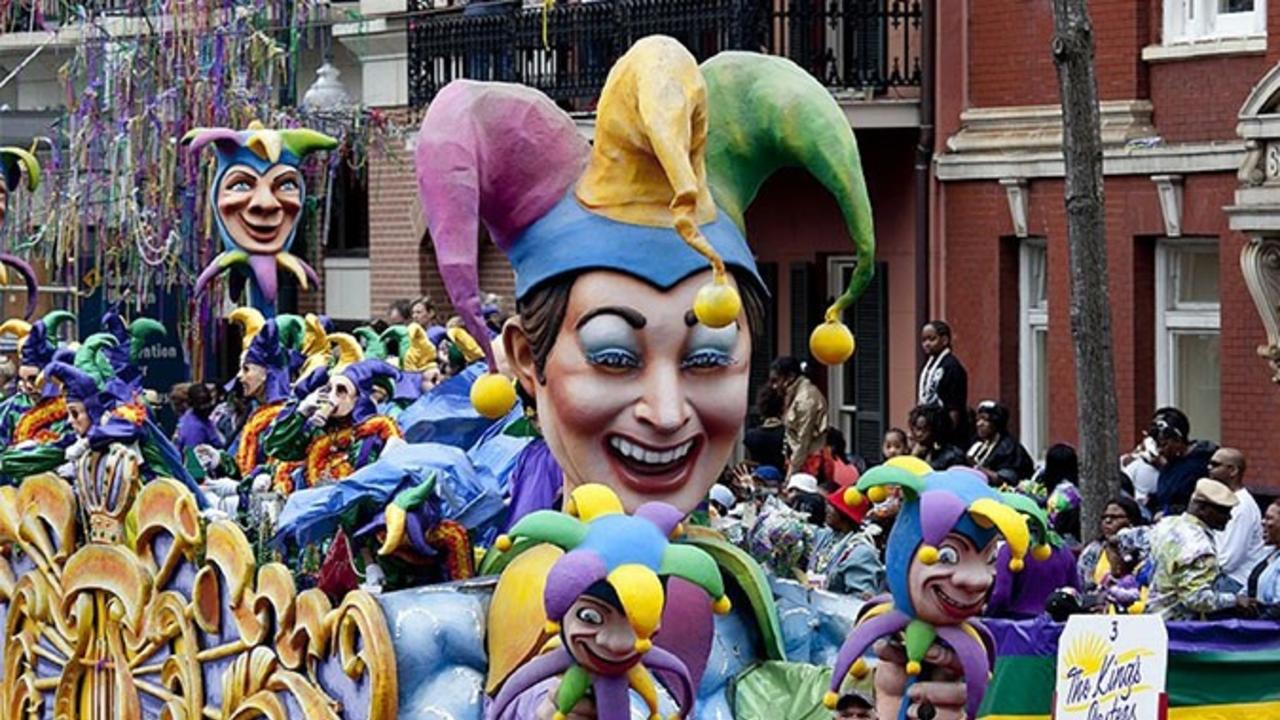 Do you enjoy a party? Around the world people in places like Italy,France, and Brazil have been in the throes of the biggest party in the world, Carnival or Mardi Gras, which falls on 13 February this year. Mardi Gras, French for Fat Tuesday, is also celebrated in several places
throughout the United States - Mobile, Alabama; Biloxi, Mississippi; Galveston, Texas and across the entire state of Louisiana. Indeed, Louisiana is known throughout the globe for its Mardi Gras traditions. 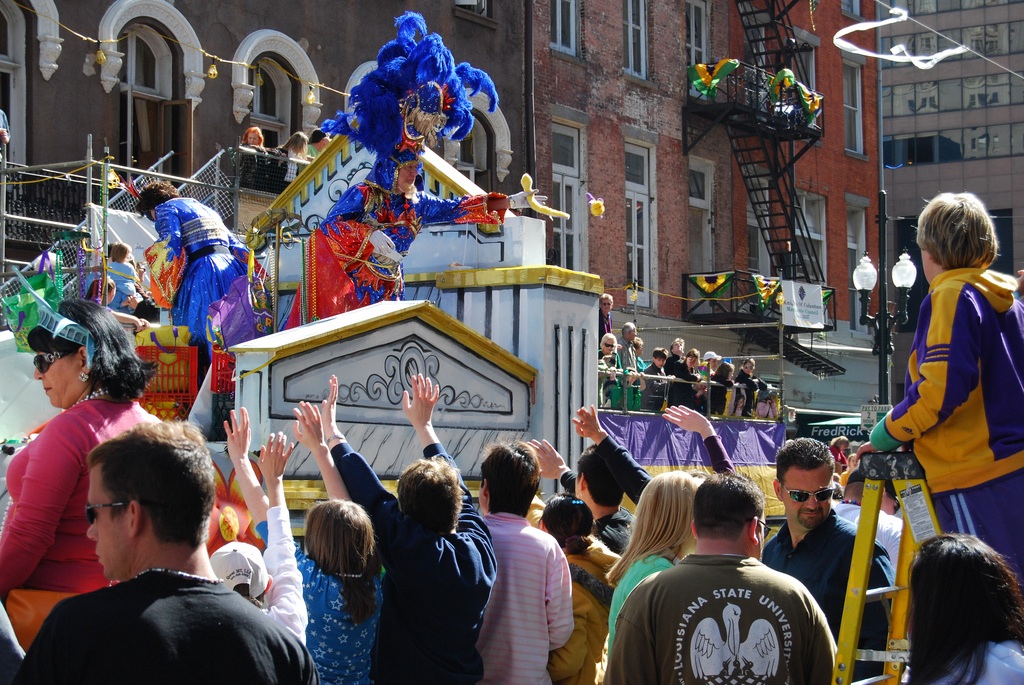 A bit of history about Mardi Gras. When Christianity was being spread throughout Europe, church leaders decided to retain some of the pagan holidays, like Saturnalia and Lupercalia, to soften the transition into Christianity. The pagan holidays, like Mardi Gras, focused on fun, food, and family. This decision not only eased the conversion of many pagans into Christians, it also preserved a celebratory custom that would spread throughout the world.

When the famous French explorer, Bienville Le Moyne, hosted the first Mardi Gras in New Orleans in 1718, he probably did not realize how popular a tradition it would become. He likely did not envision parade goers standing five or more deep on the side of the road yelling “throw me something mister!” to the masked krewe members who would be riding on elaborately decorated floats pulled by farming tractors. Needless to say, this is the fun part of Mardi Gras!

Mardi Gras is the last party before the Catholic observation of fasting for 40 days and 40 nights ahead of Easter, a season known as Lenten or Lent for short. Mardi Gras is the day before Ash Wednesday, which is the first day of the Lenten season. Most sacrifices during Lent involve food. For example, meat is not consumed on Fridays as part of the fasting ritual. So, they indulge in meat prior to Lent. Some common food items one can find on the table during Mardi Gras include gumbo, a seasoned stew with andouille sausage and chicken; grillades and grits, veal cooked in a delicious gravy and spooned over a cereal made from a coarsely ground hull grain, like corn; and, for dessert, King Cake. 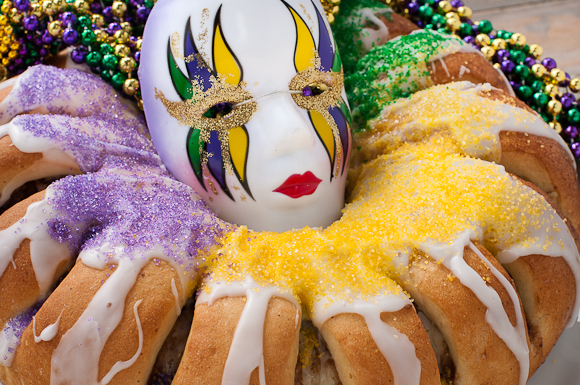 King Cake is a scrumptious Mardi Gras tradition. The cake is a braided brioche bread made with a heavy dose of butter, sugar, and cinnamon. The top is slathered in a sugary, gooey icing that is covered with coarse sugar in the Mardi Gras colors – purple, gold, and green. A thick slice of King Cake pairs very well with a hot cup of black, chicory coffee. Be careful not to swallow the plastic baby hidden inside the cake.

The person who finds the baby, which represents Jesus Christ, is required, by custom, to buy the nextcake or host the next party.

Mardi Gras colors were derived from the house of the Grand Duke Alexis Romanov Alexandrovitch, thefirst king of Mardi Gras, King Rex, in 1872. The colors were assigned meaning by prominent city leaders in New Orleans who organized the first parades hosted by

Krewes - gold for power, green for faith, and purple for justice. The first trinkets thrown from floats were glass beads in Mardi Gras colors. Beads are still widely popular as “throws” today.
Krewes are civic societies that perform charitable work throughout the year. Membership can span generations of the same family. The members list, for some Krewes, is a closely guarded secret. To preserve the mystery of their identities, Krewe members wear masks during the parade and the post-parade ball. Krewe members ride floats decorated with sophistication according to the Krewe’s theme for the year. Each Krewe has a royal court that changes annually.

In small towns across southwest Louisiana, known as Cajun county, the reasons for the celebration are the same, but the celebration itself is vastly different. There are no floats in Courir de Mardi Gras though there is a crew of men who travel on horseback and foot going door to door begging for ingredients to be used in the communal gumbo. Yes, I said begging.

The courir, pronounced COO-rear, includes dancing, singing, and general merry making as the crew moves from house to house entertaining home owners, spectators, and one another. Each town Courir Crew has its own begging song traditionally passed down from generation to generation. The group can easily get off track and schedule with all of the revelry if it were not for the capitaine who keeps the group in order and on schedule.

The last house on the route is expected to provide the most lively of the gumbo ingredients, a chicken. As the name, courir or “to run” would suggest, the men have to run after the chicken to catch it. This becomes the highlight of the Courir de Mardi Gras. Imagine a group of men dressed in fringed and colorful costumes wearing equally outlandish masks singing a begging song as they run around a yard trying to catch a chicken. What fun! Once the chicken is caught, the crew and its band of merry followers (i.e. the spectators) make their way to the town square to enjoy the gumbo with their families.

Participating in Mardi Gras celebrations is a unique and memorable experience. Whether you decide to participate in a city version or a Cajun Country version of Mardi Gras, you will notice that both versions emphasize three things - food, fun, and family. 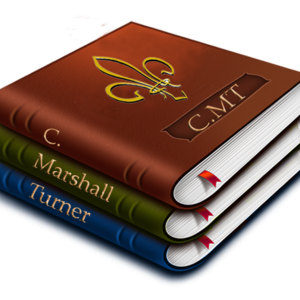